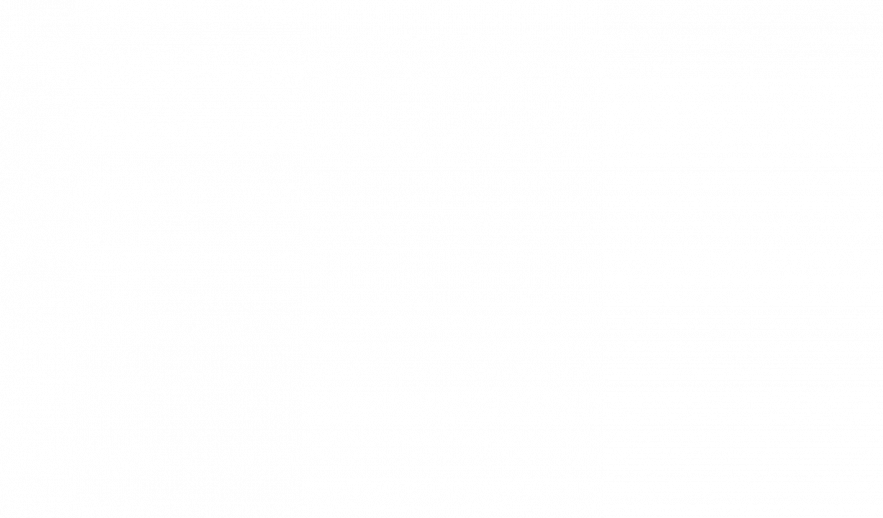 Despite advice, guidance and a proposed change of laws, there remains a big challenge in addressing building safety, says Dorian Lawrence of FR Consultants.

2020 has been a year of change, but amongst the unprecedented, some long-anticipated changes have also begun to take place. This year has been touted as the biggest change in building safety in a generation, prompted by the cladding crisis which has been ever-present in the headlines since the Grenfell tragedy of 2017.

Legislation, official advice and directives have been evolving throughout the year to tackle the nationwide issue of façade fire safety. In this report, we discuss the state of external wall fire safety and give an overview of our survey findings.

Where We Are and How We Got Here

Firstly, a brief summary of the situation we are currently in and how we got here. Following on from the devastating Grenfell Tower tragedy, the country’s eyes were opened to the reality of the scale of the task which lay before us and the danger that many residents found themselves in. Reasons for this situation include years of value engineering, poor quality workmanship and a failing process surrounding the signing off of completed buildings, in some part driven by Design and Build contracts being awarded to contractors, without any stipulation for an independent Clerk of Works.

To begin to address this issue, throughout 2018 and 2019, the Ministry for Housing, Communities and Local Government (MHCLG) published a number of specific advice notes following their own testing of combustible materials to provide stakeholders and managing agents with guidance on where to begin with checking and improving the safety of their blocks.

The MHCLG also introduced a £200m fund to support with the remediation of buildings constructed using Aluminium Composite Material (ACM) cladding systems, however the process of obtaining the funding was arduous and lengthy. 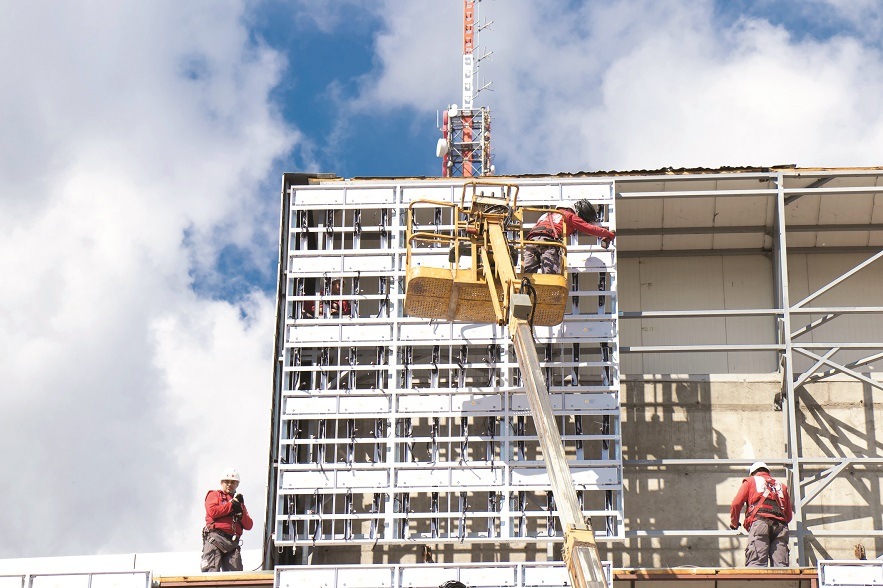 Towards the end of 2019 the EWS1 form was devised by the Royal Institution of Chartered Surveyors (RICS), The Building Societies Association (BSA) and UK finance to address the issue of the stalling housing market.

Following on from the conclusion of the Hackitt Report, initial details of the Building Safety Bill and the Fire Safety Bill were announced to provide reform to the construction industry, improve building safety and drive out non-compliance.

In January 2020 the MHCLG published a consolidated advice note which clearly amalgamated the guidance from Advice Notes 1-22, while providing further clarity that buildings of all heights should be assessed for their safety, rather than only those with a height of 18m or more.

News of a further fund to assist with the remediation of a more diverse range of combustible external wall systems, but not balconies, was announced by the MHCLG, totalling £1bn. Applicants were required to provide information and register their interest in obtaining funding by 31st July 2020.

Within July also, the Draft of the Building Safety Bill was published for pre-legislative scrutiny, with a view to this being made law in 2021.

This brings us to the present day, but we expect there to be further amendments to the Building Regulations published in the near future.

The quality of workmanship discovered throughout our surveys is often substandard and is a important factor that cannot be accounted for when reviewing plans and drawings, further demonstrating the necessity for independent, intrusive surveys.

Often, our surveys uncover an unsuitable standard of workmanship throughout the construction phase that has a serious affect on the fire safety of a building’s external wall system. Integral fire stopping features, such as cavity barriers, are often specified and installed incorrectly or missing altogether. This can attribute to the spread of a fire across an entire building’s external wall.

Intumescent strips, designed to close a ventilated cavity and stop the spread of a fire within the external walls of a building, also commonly presents concerns. Incorrect fitting, such as fixing backwards, using screws through the intumescent facing (inhibiting it from expanding in the case of a fire) and incorrect specification (where the intumescent product does not expand to the correct size, thus not sealing the cavity) renders these ineffective and presents a risk of compartmentation breach.

External wall systems are required to be built to the specifications set out in plans, in order to meet the advertised performance, including those relating to fire safety. Render systems are another example of workmanship compromising the performance of an external wall. These require a minimum thickness of render application, depending on the insulation. However, often due to inconsistency in workmanship, the thickness of render will vary, even on a single elevation.

Of course, the above findings are concerning from a fire safety perspective and shocking in terms of non-compliance. Although legislation, regulations and advice are changing rapidly, the functional requirements of Building Regulation B4-(1), which applies to all buildings regardless of height, have been mandatory since the Building Act’s introduction in 1984 – that the external walls of a building should adequately resist the spread of fire over the walls.

The declining standard of workmanship must be, in part, attributed to the lack of enforcement of regulation and checking of works.

Although the Government banned the use of combustible materials in the external walls of ‘relevant’ high-rise buildings as recently as 2018, coupled with workmanship, choice of materials are arguably the most important factor in limiting the risk of fire spread and subsequently complying with the aforementioned requirements of B4-(1), which has been in place for over 35 years.

A common misconception we hear is that ‘the cladding is safe’ and therefore both the health and safety requirements, as well as requirements needed to sign off an EWS1 Form are met. While headlines continue to focus on cladding, it is the entirety of the external wall that should be considered; this includes cladding, insulation, fire stopping and any attachments, such as balconies.

We are finding a surprising amount of timber in our surveys, in many instances, it is used to deck or enclose balconies. Of course, the performance of timber varies, but the MHCLG Advice Note on Balconies on Residential Buildings is clear that ‘the removal and replacement of any combustible material used in balcony construction is the clearest way to prevent external fire spread from balconies.’

Regulation 7 of the Building Regulations dictates that adequate materials must be used in building work, which are appropriate for the circumstances they are used and that they are applied, used or fixed so as to adequately perform the functions for which they are designed. Although materials and workmanship are integral to the performance of a building, especially in terms of fire risk, it is clear that not enough consideration has been paid to these areas. 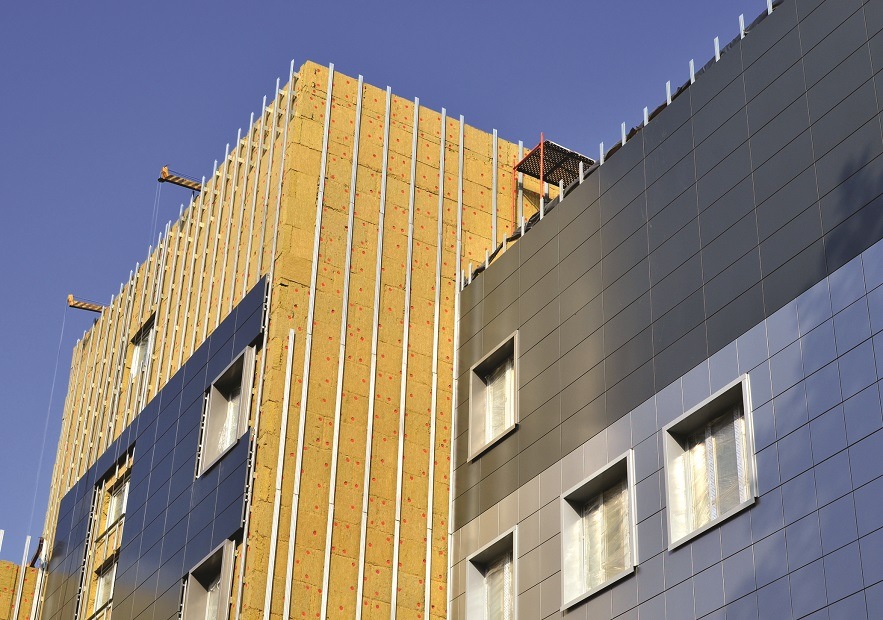 We are, in many cases, finding that even award-winning buildings are not exempt from the aforementioned issues with poor-quality workmanship and unsuitable materials. One such case, a recent fire at Richmond House destroyed the entire building in little more than ten minutes, including the homes of 60 residents.

The cladding at the property was deemed safe, however its external walls were far from it. The London Fire Brigade commissioner stated that the issues “were entirely due to problems with internal compartmentation and poor standards of construction.” Between the outer cladding and the building’s timber frame was a space where cavity barriers should have been placed to slow the spread of fire but were either missing or insufficient. Devastatingly, these mistakes are avoidable and remain entirely concealed without the aid of an intrusive investigation.

Notably, the building was not high-rise, but only four storeys high, testament to the need for checking of buildings of all heights.

Whereas Grenfell highlighted failures in modern construction materials, such as ACM, Richmond House makes apparent the failures in basic workmanship. Both tragedies, caused by failings in the design and construction of the external walls, proving the pertinence and pervasiveness of the issue and the challenge the industry has on its hands, with just 300 qualified individuals to assess tens of thousands of at-risk buildings.